Prabhas's next romantic-drama with renowned director Radha Krishna Kumar with Pooja Hegde as the female lead has been creating...
Read more

Ranveer Singh and Alia Bhatt played the couple in Zoya Akhtar directorial, Gully Boy, which turned out to be a...
Read more

On June 14, Bollywood lost one of its finest and self-made actor, Sushant Singh Rajput, who killed himself by...
Read more

Tiger Shroff starrer Baaghi franchise has turned out to be one of the most successful movies in the actor’s career. After the success of the first movie, director Ahmed Khan came up with more a more successful actioner Baaghi 2 starring Tiger Shroff and Disha Patani. However, before the release of Baaghi 2, the director announced the third instalment with Tiger Shroff and the project has gone on floors now.

While the third instalment of the franchise is said to be bigger and better than the previous parts, the makers of the movie are leaving no stones unturned to make it more extravaganza as the movie will be shot partly in Morocco, Egypt, Serbia and Turkey. The movie also reunites Tiger Shroff and Shraddha Kapoor and now Ankita Lokhande has joined the cast. 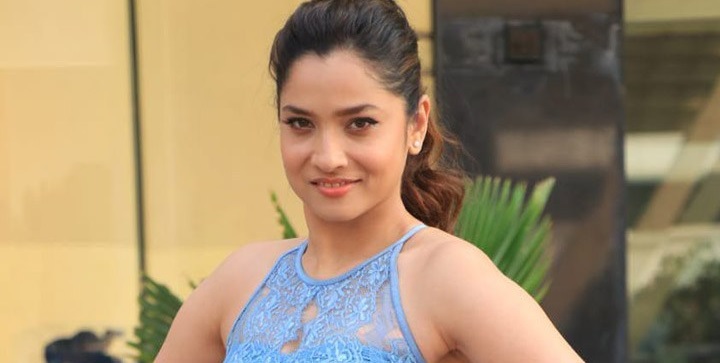 After marking her cinematic debut with Kangana Ranaut starrer Manikarnika, Ankita Lokhande was keen on acting in a commercial movie and Baaghi 3 turned out to be her next dream project. Confirming the same, the actress said, “After Manikarnika, I wanted to do an out-and-out commercial film. Baaghi is a successful franchise, and working with Ahmed (Khan) sir, Tiger, Shraddha and Riteish has been an enriching experience.”

Ankita Lokhande is to play Shraddha Kapoor’s sister in the third instalment which is said to be a family drama. Helmed by Ahmed Khan, Baaghi 3 also stars Riteish Deshmukh and is slated to a release on 6 March 2020.

Keep reading the EntNetwrk Blog for the latest entertainment updates.

Share
Facebook
Twitter
Pinterest
WhatsApp
Previous articleBox Office Collection: Ayushmann Khurrana starrer Dream Girl enters the 100 crore club
Next articleHimansh Kohli opens up on his break up with Neha Kakkar, read what he has to say

Bollywood's megastar Amitabh Bachchan has been admitted to the Nanavati hospital in Mumbai on Saturday evening after testing positive for the novel Coronavirus. The...
Read more
Celebrities

A street to be renamed after Sushant Singh Rajput in his hometown as a tribute, details inside

Bollywood actor Sushant Singh Rajput left for his heavenly abode on the 14th of June when he died by hanging at his Bandra residence....
Read more
Celebrities

Prabhas's next romantic-drama with renowned director Radha Krishna Kumar with Pooja Hegde as the female lead has been creating buzz for years now. On...
Read more
Celebrities

It has been months that Shahid Kapoor starrer Kabir Singh is out of the theatres but the success roll of the actor is still going on....
Read more

Fukrey 3 to go on the floors next year, reveals producer Ritesh Sidhwani

The Fukrey franchise is one of the most loved comedy movie series of Bollywood and after the success of Fukrey and Fukrey Returns, the makers of the...
Read more