Fukrey 3 to go on the floors next year, reveals producer Ritesh Sidhwani

Prabhas's next romantic-drama with renowned director Radha Krishna Kumar with Pooja Hegde as the female lead has been creating...
Read more

Ranveer Singh and Alia Bhatt played the couple in Zoya Akhtar directorial, Gully Boy, which turned out to be a...
Read more

On June 14, Bollywood lost one of its finest and self-made actor, Sushant Singh Rajput, who killed himself by...
Read more

The Fukrey franchise is one of the most loved comedy movie series of Bollywood and after the success of Fukrey and Fukrey Returns, the makers of the comedy franchise are planning on the third instalment of the movie and during the media interaction of the upcoming animation show Fukrey Boyzzz, producer Ritesh Sidhwani announced Fukrey 3.

Recently, the Fukrey crew assembled once again for the launch event of the Fukrey Boyzzz which will be aired on television and will be focused on kids. The launch event witnessed the lead cast of the franchise including Pulkit Samrat, Varun Sharma, Manjot Singh and Richa Chadha. During the promotional interaction for the animated series, Ritesh Sidhwani shared insights about the future Fukrey movie. 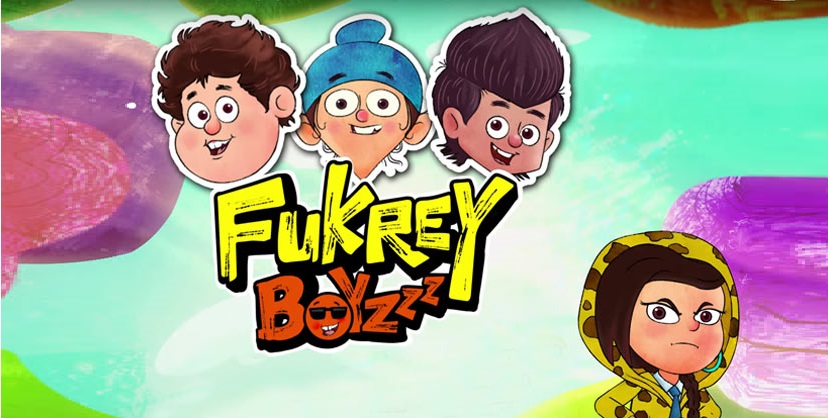 The producer said that they are currently working on the scripting of the third part of the Fukrey series and the movie is expected to go on floors by the end of next year and will follow up to the story of the previous instalment of the franchise.

Meanwhile, Fukrey Boyzzz will be aired on the Discovery Kids channel from October 12 onwards in six languages- English, Hindi, Tamil, Telugu, Malayalam, and Kannada. Catering to kids aged eight to thirteen, the animated series will revolve around the popular characters of the movie.

Keep reading the EntNetwrk Blog for the latest entertainment updates.

Bollywood's megastar Amitabh Bachchan has been admitted to the Nanavati hospital in Mumbai on Saturday evening after testing positive for the novel Coronavirus. The...
Read more
Celebrities

A street to be renamed after Sushant Singh Rajput in his hometown as a tribute, details inside

Bollywood actor Sushant Singh Rajput left for his heavenly abode on the 14th of June when he died by hanging at his Bandra residence....
Read more
Celebrities

Prabhas's next romantic-drama with renowned director Radha Krishna Kumar with Pooja Hegde as the female lead has been creating buzz for years now. On...
Read more
Celebrities

It has been months that Shahid Kapoor starrer Kabir Singh is out of the theatres but the success roll of the actor is still going on....
Read more

Himansh Kohli opens up on his break up with Neha Kakkar, read what he has to say

Celebrated singer Neha Kakkar and actor Himansh Kohli had been vocal about their relationship and their fans adored the couple as well. However, they...
Read more